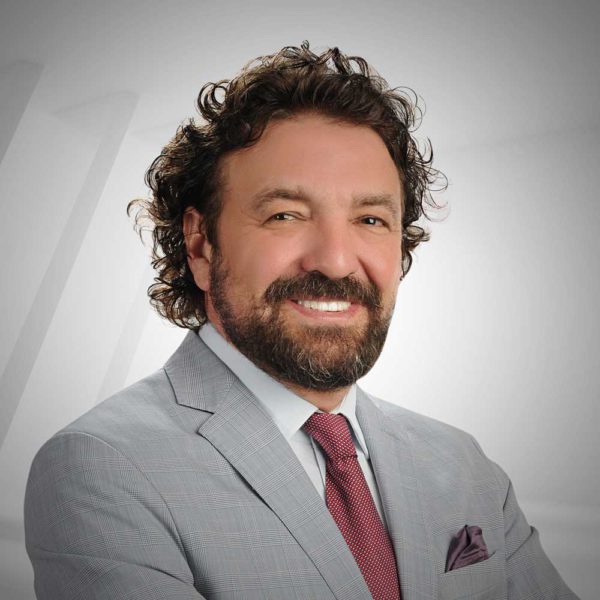 We are a large family working for you. There is only one purpose at the heart of all our work: to contribute to the healthier and happier moments of people. We experience the happiness of fulfilling this promise with Zade Vital, our healthy living brand that takes its power from nature and medicinal seeds. The Zade Vital brand makes a tremendous impact across Europe and has the world’s richest product range with our 100% cold-pressed herbal products and other nutritional offerings. We offer strong support for those who always want to live a healthy and happy life.

Our most important criteria when doing our work is: never compromising on quality, leaving a good footprint on the environment and remaining sustainable. 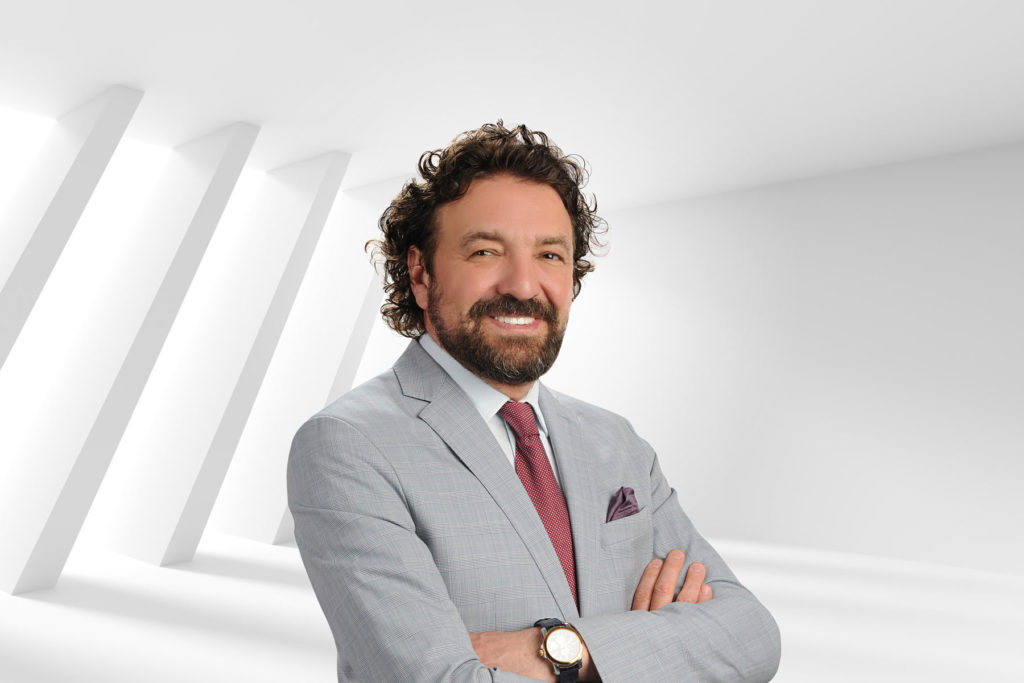 Born in Konya in 1961, Mevlüt Büyükhelvacıgil graduated from the Departments of Business Administration of Selçuk University and Eskişehir Anadolu University. He accomplished his master’s degree and submitted his PhD thesis in “Institutionalization and Constitutional Practices in Family Businesses” at the Preston University in the US.

As a result of his efforts started in 1989, he established the Zade Vegetable Oil Refinery Plant, the first refinery in Konya in 1991. In 2003, he launched the high-technology II Oil Refinery and Integrated Facility with human error-free PLC automation systems. Under the leadership of Dr. Mevlüt Büyükhelvacıgil and with advanced technology, quality system certification, and R&D, Zade is ranks among the world’s leading organizations in its field, to date.

The Research and Development activities conducted in close collaboration between academia and industry not only generated a large number of successful scientific publications, but also yielded products with added value.

In 2003, Zade Facility was also rewarded with “Competence in Excellence” by the European Quality Foundation and still maintains its position as the first and only company in the industry to have received this award.

Fascinated by herbs since early 2000’s, Dr. Mevlüt Büyükhelvacıgil has introduced the Zade Natural and Zade Organic product ranges to consumers in 2007.

With the aim of turning the natural abundance of Turkey into nutritional supplements of pharmaceutical-grade quality, Dr. Büyükhelvacıgil launched a venture for product R&D with ARGEFAR, the Center for Pharmaceutical Development and Pharmacokinetic Research in 2008.

As the first step of the 7-year effort spent by the Scientific Group comprising 200 scientists, he put the Zade Vital Herbal Nutritional Supplement Series at the disposal of doctors and pharmacists in 2012. In January 2014 after a 5-year CTD dossier process, he achieved the success of obtaining authorization for Zade Vital Nigelin as Turkey’s first and only Traditional Herbal Medicine registered as a Medicinal Product for Human Use by the Ministry of Health.

Certified among the top R&D Centers in Turkey, the Zade® & Zade Vital® İbn-i Sina R&D Center under his leadership has become the first Research and Development Center in the field of natural healthcare products. With the Zade Vital® Pharmaceutical Manufacturing Plants, Mr. Büyükhelvacıgil has made available the largest soft capsule manufacturing plants of Europe in GMP standards.

With the success of Zade Vital®, Dr. Büyükhelvacıgil was invited to the European Business Awards in 2014. Ranking among the top 10 entrepreneurs from 1,500 institutions across 34 countries, he received the “High Honor” award. Again in 2014, he received the “İbn-i Sina Order of Merit of the Turkish World” for his contributions to science and Turkish Medicine.

Never missing out on social responsibility since day one of his career, Dr. Büyükhelvacıgil actively engaged in countless projects that largely benefit the public. In the framework of his “Support for a Healthy Living” initiative, he raised awareness across Turkey for protection against breast and uterine cancer. With special emphasis on the cultural development of the younger generations, Dr. Büyükhelvacıgil pioneered and supported the “Yed-i Velayet 7 Vilayet Short Film Festival”, of which the first was held in 2014.

Holding office as an Administrative Delegate for the Turkish Green Crescent, Dr. Büyükhelvacıgil has been also appointed as the Director General for the Green Crescent Konya Branch for implementing a variety of successful projects during his tenure. Gaining attention with his activities involving various issues particularly substance addiction while working with the Green Crescent, Büyükhelvacıgil developed a brand new application model also bringing together representatives from the private sector along with a number of public institutions including the Province Directorate of Health, Metropolitan Municipality, Ministry of National Education, and University, in the Board of Directors.

Dr. Büyükhelvacıgil, has held various roles with a large number of non-profit organizations and educational institutions including Chemical Industry Association membership, Presidency of the Board of R&D Innovation in TOBB as well as participation in the Board of Oil Seed Support of the Ministry of Agriculture, the Administrative Board of the Vegetable Oil Industry (BYSD), board and assembly membership in the Konya Chamber of Industry, KALDER Quality Foundation, Malaysian Palm Oil Board (MPOB), American Soybean Association (ASA), founder of Traffic Accidents Protection Association, founding membership of Cemeteries’ Foundation, Presidency of the Selçuklu and Anadolu High Schools’ Association, and membership of the Professional Union of Musical Artists, Dr. Büyükhelvacıgil is currently a member of the Turkish-US Cooperation Council.

Mevlüt Büyükhelvacıgil, author and economic editor in magazines and newspapers, is a board member in Helvacızade A.Ş., one of the largest 500 organizations in Turkey, is married and has five children.

Since 2017, Dr. Mevlüt Büyükhelvacıgil is working on the global operations of Zade Global, Inc., affiliate of the Helvacızade Group in the US. Büyükhelvacıgil also continues to develop innovative products and attend conferences on Institutionalization in Family Business, which are highly popular. 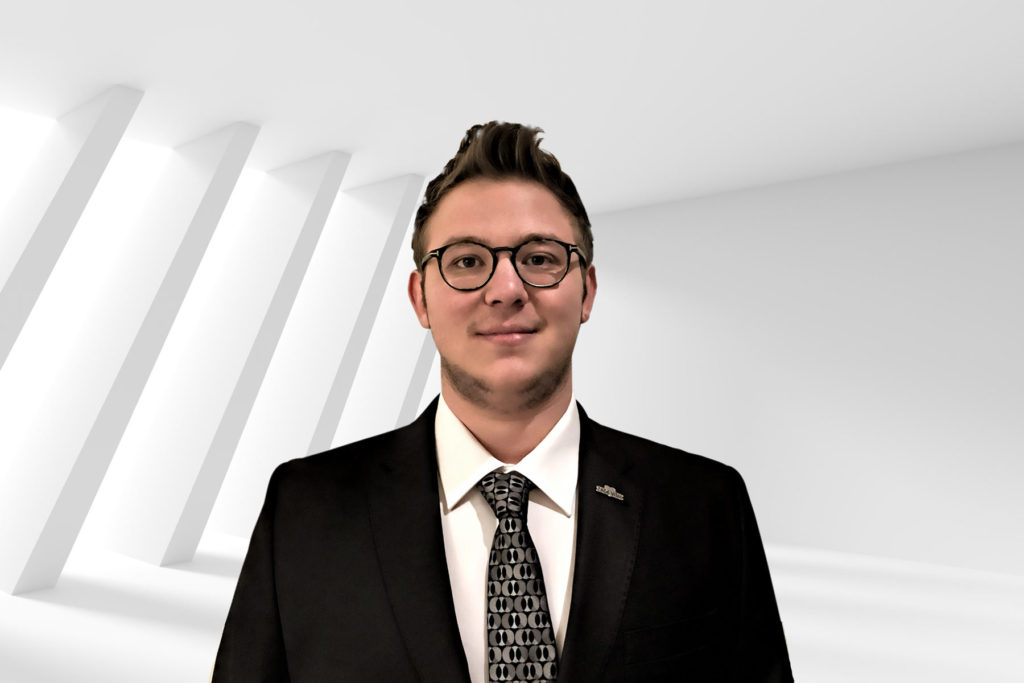 Ramazan Büyükhelvacigil, born in Konya in 1993, is a 4th generation member of the Helvacızade Group that has been a family company of 130 years.

Along with Zade Vital as Helvacizade Group’s endeavor in our national healthcare industry, Ramazan Büyükhelvacigil developed a passion for medical and aromatic herbs that have an economic value in the pharmaceutical and cosmetics industry, and attained his Bachelor’s degree from the Department of Medical and Aromatic Plants of the Üsküdar University between 2013 and 2015. Continuing his study at Berkeley College in New York on “General Business/Business”, Büyükhelvacigil specializes in the fields of marketing, business law and competitive markets that play an important role in the future of the companies.

Ramazan Büyükhelvacigil, who has been working in the field of medicinal herbs in the USA, received the “Introduction to Aromatherapy” training at the New York Institute of Aromatic Studies in 2018. Büyükhelvacigil, who focuses on the topics of essential oils supporting psychological and physical fitness, contributes to R & D studies conducted by Zade Vital in aromatherapy field.

Ramazan Büyükhelvacigil, who has been working actively in various business branches of Helvacizade Group since his early years, successfully represented Group companies in International platforms by participating in the Dubai Gulfood Fair in 2015, Tokyo Foodex Japan Food Fair and SIAL China Food Fair. Ramazan Maghelvacigil, who continues his business life within Zade Global Inc., which started operating in 2017 in Chicago, USA, currently, has the role of Zade Global Inc. Sales Marketing Specialist.